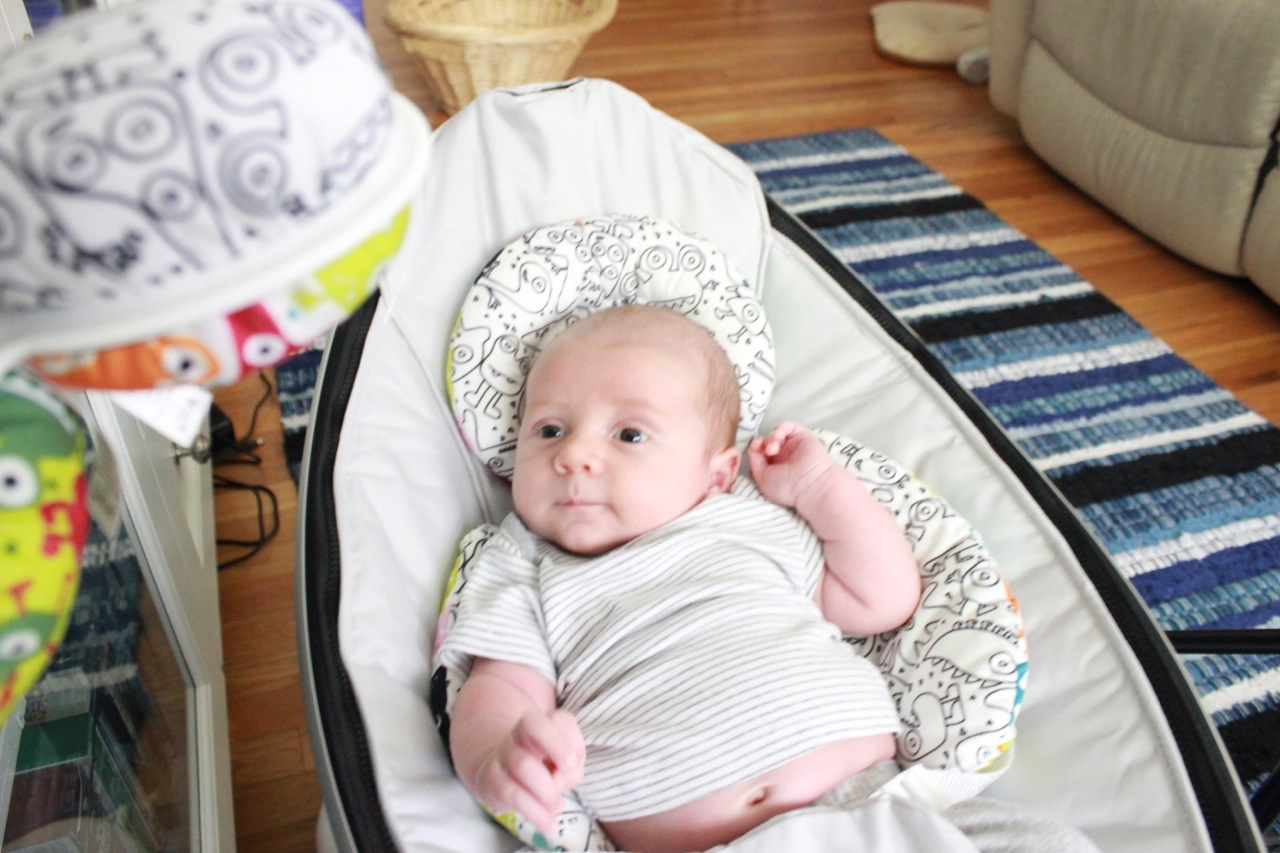 Getting older is hard, especially when you just entered the world only 5 weeks ago. But, this week has been really good! Nic has had a couple new “firsts” this week and it’s been exciting to see him do new things.

Matt and I have learned even more about Nic and realized that we can now even understand his cries more. I felt like I would never be able to understand what he needed but this week I was really encouraged. I read about the Dunstan theory where babies will say a word before they start crying hysterically and each word is connected to what they need. Now, I thought this was kind of far-fetched at first. I mean, newborns “talking?” C’mon. But then I found out that these “words” are based on the newborn reflexes, which are a real thing. Priscilla Dunstan was on the Oprah show and I came across the link so check it out if you are interested in decoding baby cries. It’s Oprah so it’s entertaining and it might even encourage you new moms out there. I know it did for me!

On to Nic and our week!

This weeks seems to have been a little better in terms of sleep. Nic had a couple rough nights where he missed some naps and therefore ended up staying awake for hours and was really fussy but other than that we did our daytime naps pretty well. He has been moving a lot more in his sleep which sometimes wakes him up and that is no good. He did wake up from one nap this week without crying though. He just sort of laid there staring at something. So that was good!

Nic continues to nurse well, though this week I have noticed some different behavior from him. He now will grab my shirt or skin while nursing. It’s kind of sweet actually. My milk letdown seems to have gotten more forceful though this week for some reason and so it will make him choke every now and then and that hasn’t been fun. He will latch on and then a couple seconds later unlatch and cry. Sometimes he coughs so I’m pretty sure that it’s my letdown. I just try to express a little and keep trying. I figure it’s just something that will be temporary though.

I think I am back to normal now actually. I haven’t had any pain this week and the bleeding has slowed tremendously. I’m no longer wearing those huge granny pads so that’s nice. I think I went through like 6 or 7 boxes of those things! Yikes!

-We went out this weekend! We went to church (late) but we did it! Nic did a good job but that’s the day when we missed his nap so he was very cranky and up really late.

-Started to suck hands, not finger yet.

-Pediatrician appointment for his one month check up went great! He’s in the 98th percentile and he is gaining great. She encouraged us to do more tummy time and by the time he’s two month’s we should be up to 30 min a day. When we go in for his two month we’ll start the vaccines. Not looking forward to it.

-Nic has an instagram. It was bound to happen. We just had to! http://instagram.com/nicjackr

Here are some shots of this 5 week old chunky monkey! 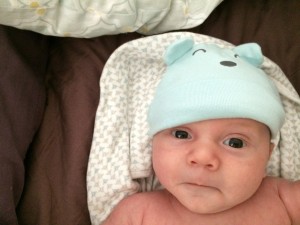 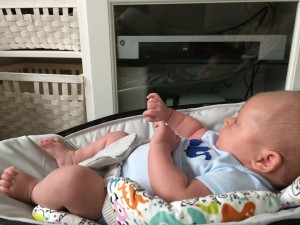 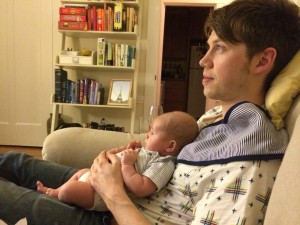 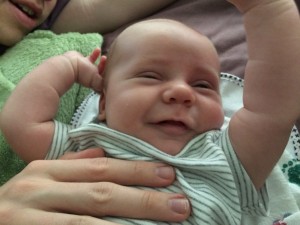 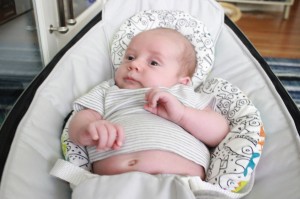 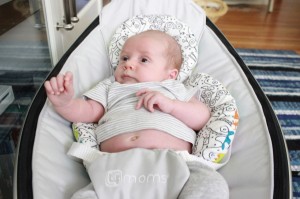