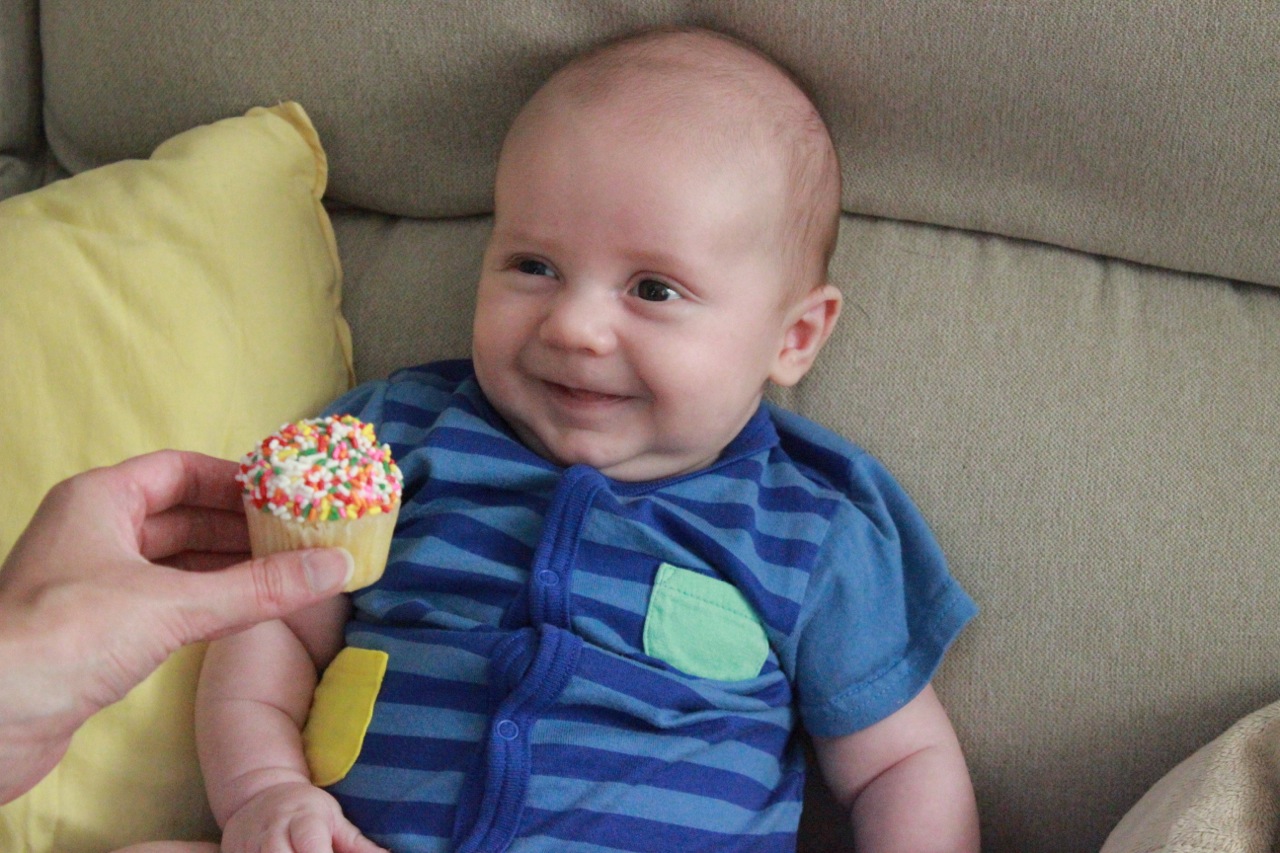 That’s what we were told in the beginning, after bringing home Nicholas. That is what we keep hearing as sleep continues to be rough. But looking back on the past two month’s it really HAS gotten better with each week. Everyday we catch up a little more on sleep, some days less than others. Every week we learn something new and valuable about Nic so that we can better meet his needs. So, yeah, it has gotten easier and I don’t doubt that it will continue to. I would say that this week has been great. Nic has yet again developed a different sleeping schedule and it hasn’t been terrible. We’ve also been going out more and that is always nice.

-Nic slept a few nights this week with just waking twice to feed at night. His naps during the day have been longer and more of them so that’s good too. -We swaddle him still and the sleep sack has been great (something new we tried this week)

-We will usually bounce him on the workout ball to help him go to sleep. He prefers bouncing to rocking these days.

-He still sleeps in our bed at night and naps during the day in his crib (new this week!) Some naps are still on me or in the carrier.

-Nursing continues to be hit or miss. Nic latches fine but my supply is still over and forceful so it often chokes him. I have a painful letdown too.

-He has been feeding more frequently and more during each feed. I haven’t been block feeding this week so some feeds he will want both sides. He definitely has been draining each side to the last drop! My bras get loose after a feeding now.

-Had his first play date this week

-First time on a play mat. He was mesmerized by all the colors and dangling toys

-Recognizes when I’ve left the room

-Napping in his crib 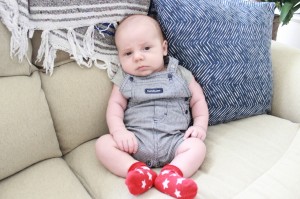 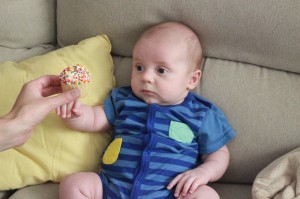 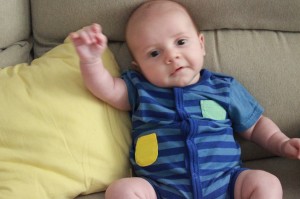 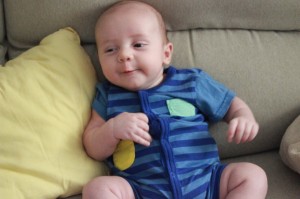 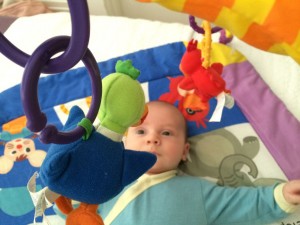 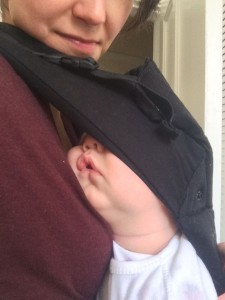 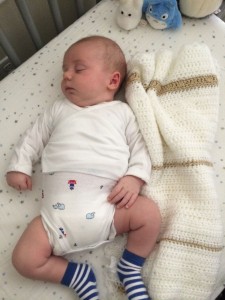 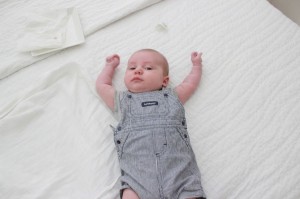