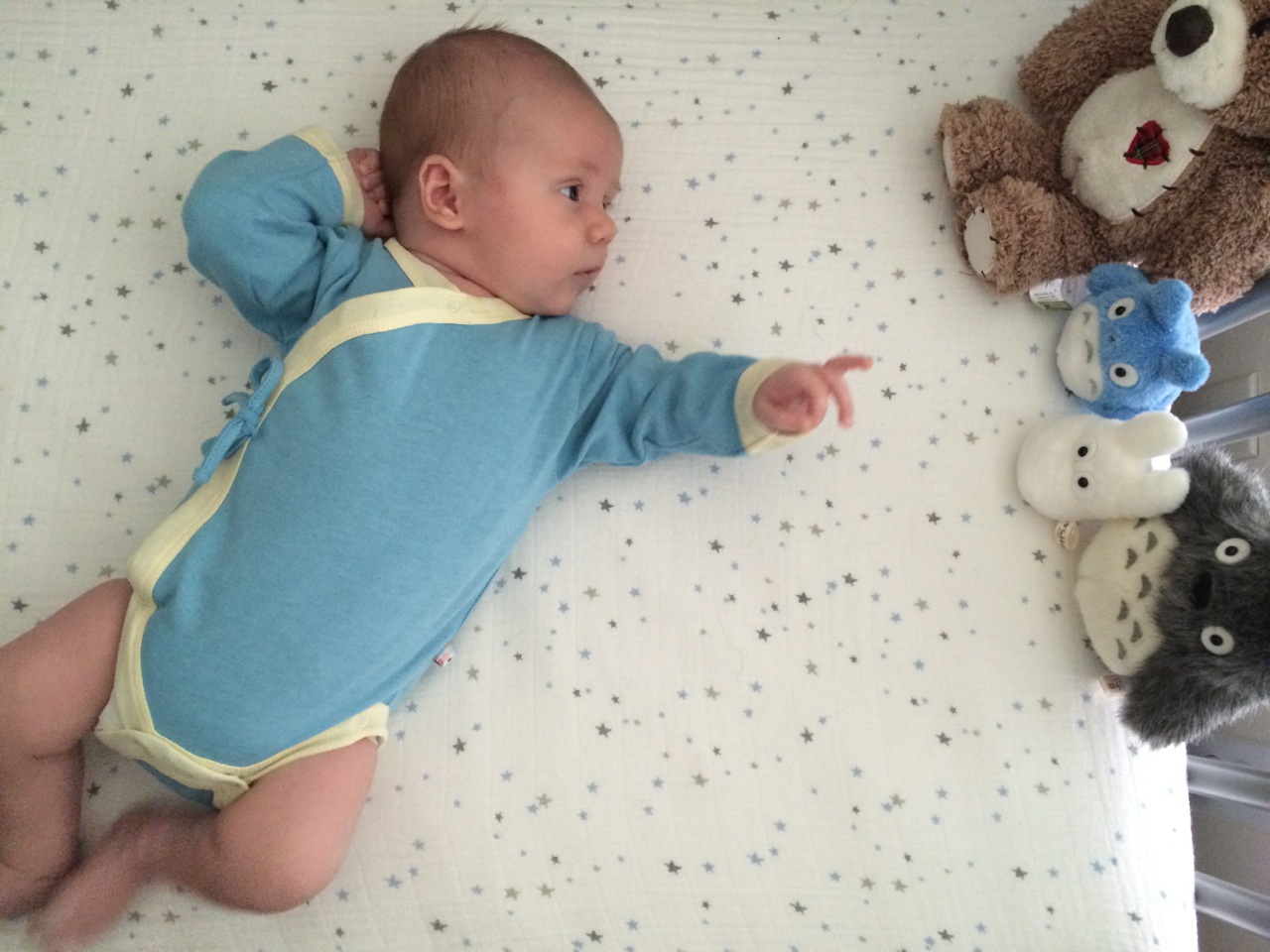 I feel like six weeks is a milestone marker because we are now halfway to three months! We keep saying how we can’t wait for his three month birthday because of many different things we’re looking forward to; head control (for playing airplane), longer sleep periods, and at three months we can begin to set up a routine. Also 6 weeks has just been a good week for us. It’s been fast though so I just know that the next 6 are going to fly by so I’d better be ready to relish them!

Here is a look at how we did this past week:

-Nic fell asleep for the first time in his swing. Only for a little bit but it was a win! He also fell asleep after putting him down awake one night

-He is having a hard time staying asleep this week. If he’s not on one of us, he will only sleep for about 10 minutes before waking up. Thus, we’ve been wearing him a lot! which is good practice.

-He did sleep for over 4 hours straight a couple of nights. I thought this would become a pattern (wishful thinking) but it was probably only because he didn’t sleep all day.

-My milk supply has increased big time this week, so much that they would get too full for the amount that he seemed to want and my letdown is very forceful. We have many instances where it will squirt him and he gets pretty fussy about that. He tends to choke alot and cough at the breast this week.

-I’ve been trying different positions and trying to decrease my supply because Nic hasn’t been eating as much as last week.

-Had my 6 week update and everything seems back to normal. I have no more pain, just sore muscles from holding or wearing Nic all day.

-Went out for the first time to a restaurant in the beco carrier (finally ate my oysters!)

-Fully out of newborn size clothes

-Took the pacifier a couple of times at bedtime

-Smiles at bath time and no crying!

Pics from the week! 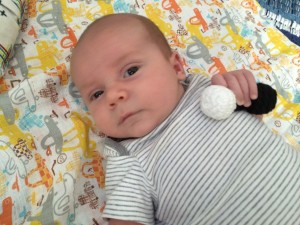 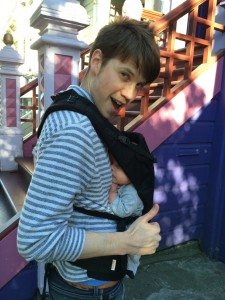 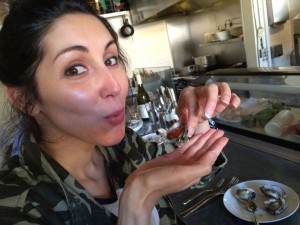 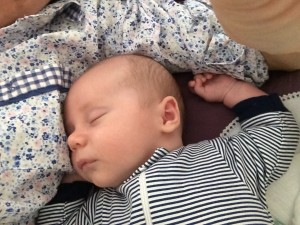 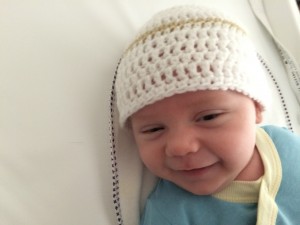 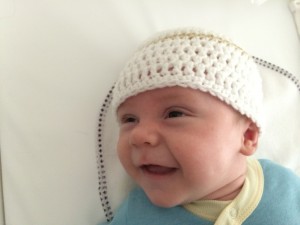